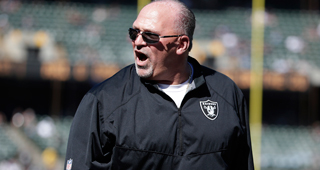 Sparano had complained about chest pains and went to the hospital Thursday, according to a source. He underwent tests and was released Friday. The source said Sparano's wife found him unconscious Sunday morning as they prepared to leave for church but could not revive him.

"I am at a loss for words with Tony's sudden passing," Rick Spielman said in a statement. "Tony loved the game of football and his players. More importantly, he was a strong man of faith who treasured his family. My heart is with the Sparanos today. As an organization we will support them in whatever ways we can."

Sparano worked for nine teams over 19 seasons, including stints as a head coach with the Miami Dolphins and Oakland Raiders.