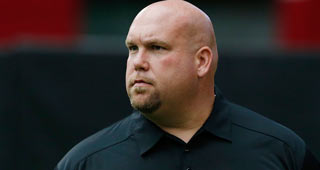 Arizona Cardinals general manager Steve Keim has been suspended for five weeks and fined $200,000 after he pleaded guilty to extreme DUI on Tuesday.

Keim surrendered to Chandler (AZ) police on Tuesday night and will serve 48 hours in jail. Test results showed that Keim's blood alcohol content was more than twice the legal limit, according to court and police documents.

The blood test taken on July 4, when Keim was arrested on suspicion of DUI in Chandler, revealed that his blood alcohol content was .193, just short of a super extreme DUI.