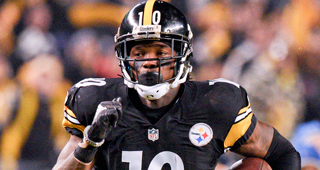 Martavis Bryant has not missed or failed a drug test.

The Raiders declined comment but “fear potential NFL discipline” for Bryant for a situation “believed to pertain to the NFL’s substance-abuse policy.”

Bryant has missed more games due to failed drug tests (20) than he has started in his four-year NFL career.