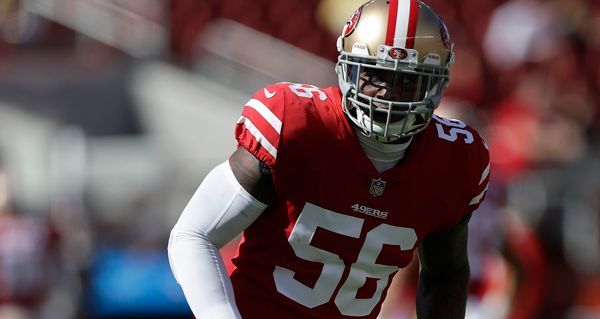 The attorney for Reuben Foster's ex-girlfriend says she initially lied to authorities.

Attorney Stephanie Rickard issued a statement on behalf of Elissa Ennis on Wednesday that says her client can prove the injuries that led to the chargers were not caused by Foster.

Foster was charged with three felonies after being accused of dragging his girlfriend and punching her head.

Rickard says those injuries were caused by a fight with another woman and Ennis made the accusation against Foster because he threatened to break up with her.

The 49ers have said they would release Foster if it is proven he hit Ennis.