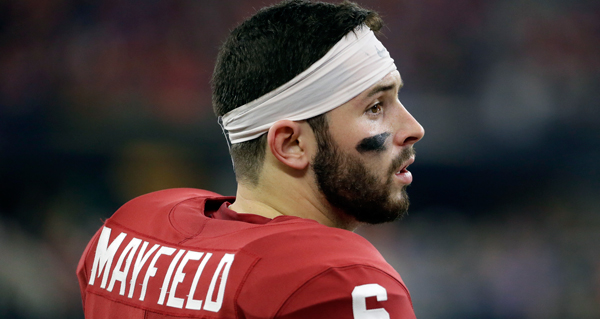 Baker Mayfield has accepted an invitation to the Senior Bowl.

Mayfield is the first Heisman winner to attend the Senior Bowl since Tim Tebow.

NFL.com draft analyst Daniel Jeremiah says Mayfield's decision is in line with his character and attitude, on and off the field: "When you watch him on tape, his greatest attributes are his toughness and his competitiveness. I think making this decision now, even before he's played in one of potentially two playoff games, fits perfectly with his playing style, which is all-gas, no-break aggressiveness.

"I can understand why some players would have some trepidation about playing in an extra game, but I don't know that fear is in Baker Mayfield's vocabulary."

Mayfield has increased his draft stock as 2017 progressed and could now go in the first round.