Marvin Lewis To Leave Bengals At End Of Season 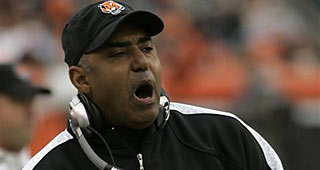 Marvin Lewis is planning on leaving the Cincinnati Bengals at the end of the current season.

Lewis willingly allowed to enter 2017 on the final year of his contract.

Lewis is likely to be a candidate for several upcoming head coaching jobs.

Lewis would be interested in working in another team's front office or as a coaching adviser for a former Bengals assistant coach who has gone on to become a head coach, such as Mike Zimmer