C.J. Fiedorowicz May Retire Due To Recurring Concussions 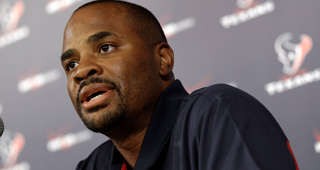 C.J. Fiedorowicz could retire at the age of 26 after suffering at least his fourth concussion over the past two seasons.

Fiedorowicz was placed on injured reserve in early September because of a concussion. He returned to Houston's active roster in Week 10 but was placed on IR again last week after suffering at least his third concussion this season.

Sources say Fiedorowicz may be unable to pass a team physical.

When the Texans awarded him a three-year, $21.5 million contract extension last summer that included $10 million guaranteed, they included a de-escalator that would bring down his base salary by $2.8 million if he were to be cut as a result of a pre-existing condition such as a concussion.