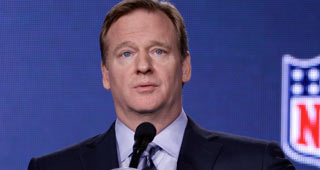 Justin Gilbert has been suspended without pay for at least one year for violating the NFL's substance abuse policy.

Gilbert received a four-game suspension from the NFL in May after testing positive for substance abuse, according to Schefter.

Gilbert was the eighth overall pick of the 2014 draft by the Browns. Cleveland traded him to the Steelers before the 2016 regular season and played sparingly before being released in February.