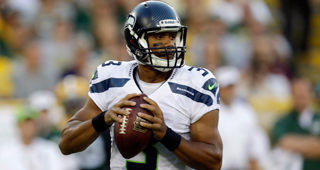 The Seattle Seahawks will consider drafting a quarterback with one of their day two picks.

The Seahawks would have considered using their first round pick on Patrick Mahomes if he would have dropped to them late in the first round.

While Russell Wilson is only 28 years old, the Seahawks have been weak at backup quarterback in recent seasons.