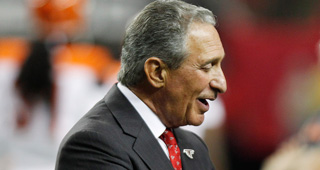 Construction issues have delayed the opening of Mercedes-Benz Stadium for a third time.

The first game was supposed to be an Atlanta United match on July 30th but instead it will be an Atlanta Falcons' preseason game on August 26th.

Steve Cannon also confirmed that “decommissioning” and demolition of the Georgia Dome have been put on hold “until we are 100 percent certain of achieving our certificate of occupancy.”

“This really does represent an insurance policy,” he said. “We do not expect to use the Georgia Dome whatsoever.”

The $1.5 billion retractable-roof stadium was originally scheduled to open on March 1. That was pushed back to June 1 and then pushed back again to July 30.