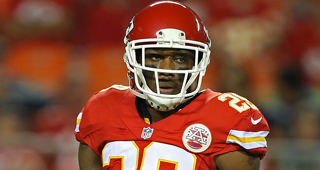 The Kansas City Chiefs are negotiating with Eric Berry to make him the highest-paid safety in the NFL, according to a report.

The deal could be reached before Wednesday's deadline to franchise tag players.

Berry was hit with the franchise tag last season and said that he didn't want to play under the designation again in 2017.

"I'm going to keep being patient because you never know," Berry told the Kansas City Star on Sunday. "Last year I thought one thing and it didn't happen. So I'm not getting my hopes up; I'm looking at it logically."