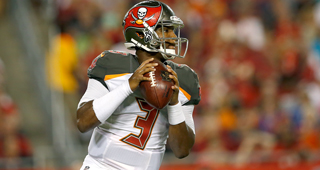 Jameis Winston has settled a federal lawsuit filed by a woman who accused him of sexually assaulting her in 2012 while he played at Florida State, according to the woman's attorney.

Erica Kinsman accused Winston of sexually assaulting her at his apartment in December 2012. He was never charged with a crime by police in Tallahassee, Florida, and the state attorney's office there declined to pursue a criminal case against him.

"The case has been resolved to the satisfaction of the parties," John Clune, the woman's attorney, told ESPN on Wednesday night.

Kinsman sued Winston in April 2015, accusing him of sexual battery, assault, false imprisonment and intentional infliction of emotional distress. According to the lawsuit, Winston's "conduct was extreme and outrageous and caused Plaintiff to suffer severe mental anguish and suffering, including, more specifically, loss of sleep, flashbacks, severe anxiety, fear of repeat sexual violence, an unfounded sense of shame and depression, all of which will continue to require psychological and other counseling."

Winston filed a countersuit against Kinsman a month later, alleging that her accusations were "false, defamatory ... and have maliciously and impermissibly interfered with Mr. Winston's business and personal relationships."

Kinsman shared account of the alleged assault in the documentary "The Hunting Ground."