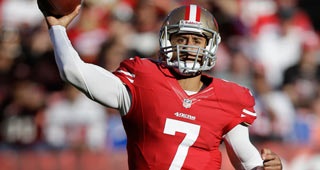 While the majority of NFL players are black, the NFL fan base is 83 percent white and 64 percent male.

Colin Kaepernick has received criticism from many of his fellow NFL players and fans for his protest of the treatment of people of color in the United States by not standing for the national anthem.