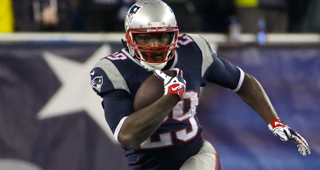 LeGarrette Blount could "miss some time" with an injured hip.

Brandon Bolden and James White could be the Patriots' running backs for the foreseeable future. To this point, White has been primarily used as a pass catcher and the two players have combined for just 51 carries.