76ers' Owners Trying To Own NFL Team In London 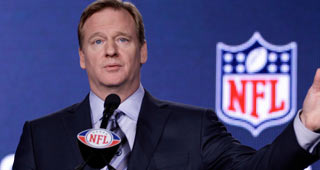 Josh Harris and David Blitzer are vying to own the first NFL team in London.

The two just became investors in Crystal Palace, a soccer team located in London and also own the 76ers.

According to a business associate of Blitzer, it’s to “get to know the market."

“They’re more interested in getting the NFL in London than they are in the NBA,’’ the source said. “Their No. 1 goal is to get the NFL team in London. They want to flip the Sixers anyway.’’