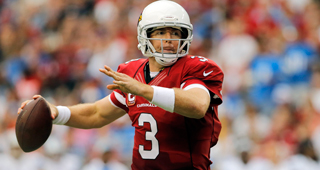 Johnson figures to have a bigger role in the Arizona Cardinals' backfield with Chris Johnson out with injury.

"Kind of like a Todd Gurley-style runner," Palmer said of Johnson this week. "Fast in the open field and just big, hard to bring down."

Johnson could be a major upgrade in short-yardage situations as well as the passing game.

"He's probably as natural a catcher as there is," Palmer said. "He was a receiver growing up and he just grew too much, too fast. He catches the ball really, really well. He understands concepts well. Great body control."