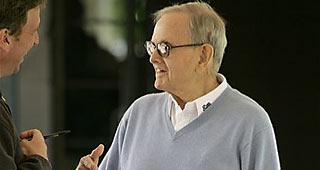 Longtime Buffalo Bills' owner Ralph Wilson has died at the age of 95.

Wilson was the last original AFL owner, founding the Bills in 1959.

Wilson was inducted into the Pro Football Hall of Fame in 2009.

The Bills won the AFL twice in the 1960s and Wilson enjoyed a stretch of four straight Super Bowl appearances in the early 1990s.