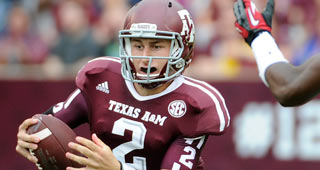 Johnny Manziel will enter the 2014 NFL Draft, forging the final two seasons of his eligibility at Texas A&M.

Manziel won the Heisman Trophy in 2012 as a redshirt freshman.

Manziel is widely expected to be a first round pick.