Chargers Advance To Playoffs Over Steelers On Mistake By Refs 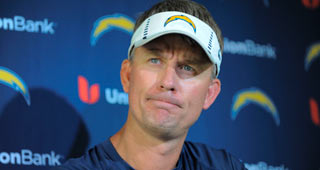