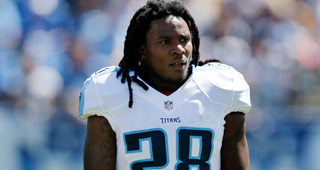 Chris Johnson is scheduled to make $8 million in 2014 and won't accept a reduction in pay.

“No way," said Johnson when asked about taking a pay cut. "I don’t feel like it’s all my fault. It’s a team effort.”

Johnson has three more years left on his deal and will lean on the advice of his agent on restructuring the deal, but won't give up any money.

“I know I am way better than trying to get 1,000 yards in the last game,” he said. “But looking at the situation, it is a whole bunch of things that go into it. So I don’t get too down on myself. I know when I get the ball and put in the right situation I can still do the same things.”