Ken Whisenhunt Could Be Strong Candidate For Lions' Job 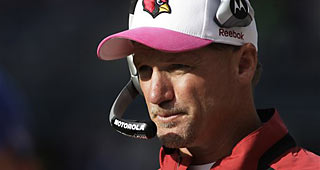 Ken Whisenhunt could be the next head coach of the Detroit Lions should they fire Jim Schwartz.

Schwartz is widely expected to be fired after another disappointing season.

Whisenhunt was a teammate of general manager Martin Mayhew for two seasons with the Washington Redskins.

Whisenhunt led the Arizona Cardinals to a Super Bowl and is currently the offensive coordinator of the San Diego Chargers.