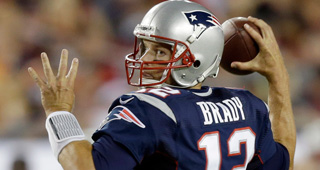 Tom Brady is now 36, meaning he unquestionably is nearing the end of his career as his physical abilities begin to decline. But Brady has continued to post incredibly productive numbers in his thirties.

“I think over the years I’ve actually learned to take care of myself a little bit better, so this is the best I’ve ever felt,” Brady said. “I’ve never felt any better than I have at this point, so I’m excited. We’ve had three good days with the whole team together and I think we’ve seen some improvements, but we still have a long way to go.”

Brady's bigger issue this season may be the loss of his receiving weapons.