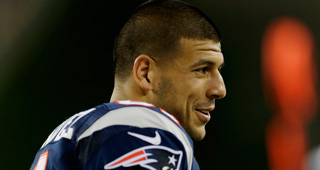 The New England Patriots will not pay Aaron Hernandez an $82,000 workout bonus due on August 1 for work he performed prior to being charged with murder.

Withholding this offseason workout bonus is expected to be a harbinger of the $3.25 million bonus due to Hernandez in March 2014, which league sources said the Patriots also will not pay.

The payment is expected to be contested by Hernandez's agents.