Cowboys Won't Let Brent On Sidelines For Remainder Of Season 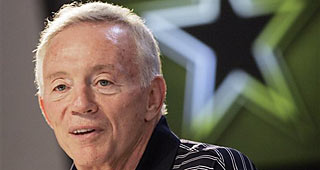 The Dallas Cowboys will not allow Josh Brent on the team's sidelines during games for the remainder of the season.

Brent was on the sidelines on Sunday for the Cowboys' game against the Cowboys.

Brent has been charged with intoxication manslaughter in the crash that killed teammate Jerry Brown.

Several of Brent's teammates urged him to attend the game, but Cowboys' officials were unaware.

The organization has expressed support for Brent since the accident, while making it known that it does not condone drinking and driving.