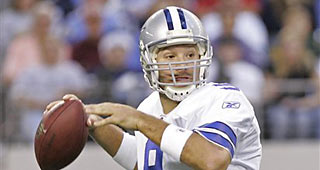 NBC had an average of 20.6 million viewers for the telecast of the Dallas Cowboys' 24-17 victory over the New York Giants on Wednesday.

The game competed against Bill Clinton's speech at the Democratic National Convention, which had fewer than four million total viewers combined on ABC and CBS.