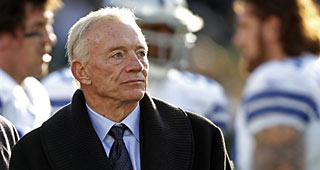 The Dallas Cowboys have released Stephen McGee on Saturday, who made the 53-man roster on Friday as the No. 3 quarterback.

The Cowboys made the roster move in order to sign tight end Colin Cochart.

McGee had been with the Cowboys since 2009.

Tomy Romo and Kyle Orton are the only quarterbacks left on the roster.