The Miami Dolphins have reached an agreement to hire Vic Fangio as defensive coordinator, according to a source.

Fangio, 64, sat out the 2022 season after the Denver Broncos fired him as head coach last January.

Fangio's defenses have finished in the top 10 eight times.

Tua Tagovailoa remains in the concussion protocol and won't participate in the Pro Bowl Games next week.

Tagovailoa had been named a first alternate Pro Bowler and was set to replace either Joe Burrow or Patrick Mahomes, with both quarterbacks playing in Sunday's AFC Championship Game and one bound for Super Bowl LVII.

Tagovailoa's time in the protocol has been deliberate as he meets with multiple doctors and specialists. There have not been any setbacks as the Dolphins prioritize his long-term health.

The Miami Dolphins have fired Josh Boyer as defensive coordinator after four seasons with the franchise.

"I am grateful for Josh's contributions this year and throughout his tenure with the Dolphins," Mike McDaniel said in a statement. "The defense made strides through the season, so coming to this decision was not easy, but ultimately I feel it is in the best long-term interests of the Miami Dolphins and the continued growth of our players and team."

While Miami owned the league's fourth-best run defense, it also ranked 21st in defensive expected points added, 22nd in sacks per pass attempt, and 24th in points allowed per game and third-down percentage. 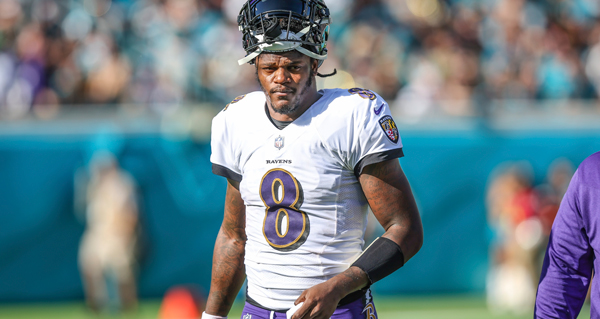 It appears likely that the Baltimore Ravens will use the franchise tag on Lamar Jackson if they can't sign him to a long-term contract this offseason.

Doing so would allow other teams to negotiate with Jackson and sign him to an offer sheet. If the Ravens don't match an offer sheet, they would get two first-round draft picks from Jackson's new team.

There have been rumors that Jackson would like to return to his hometown of Miami and play for the Dolphins. However, the Dolphins don't have a 2023 first-round pick.

There is a loophole for Miami, though, if they were able to sign Jackson to an offer sheet after this spring's NFL Draft. Then, if the Ravens don't match, Baltimore would get the Dolphins' first-round picks in 2024 and 2025.

A series of concussions have led to major questions about Tua Tagovailoa's NFL future, but the Miami Dolphins don't appear concerned.

General Manager Chris Grier insists there's no reason to be any more concerned about Tagovailoa than anyone else.

"From what our doctors and the consultants we've talked to through the NFLPA, that is not a true statement," Grier said. "So for us, I don't think he's any more prone than anyone else. For us, we're just letting the doctors, the medical staff and the people in that field that know more. From everything we’ve been told that is not a concern."

Tua Tagovailoa is expected to return as the Miami Dolphins' starting quarterback for the 2023 season, league sources told ESPN.

Should the seventh-seeded Dolphins upset the Buffalo Bills on Sunday, Tagovailoa could potentially be cleared from the concussion protocol and work his way back to the field this postseason.

But regardless of what happens in Sunday's wild-card game in Buffalo or throughout Miami's postseason, the Dolphins have been pleased with Tagovailoa's development this season under first-year coach Mike McDaniel, according to sources.

Tua Tagovailoa has been ruled out for Sunday's playoff game between the Miami Dolphins and Buffalo Bills.

Tagovailoa has suffered three concussions this season and remains in the protocol.

Skylar Thompson will likely start at quarterback for Miami.

Mike McDaniel reiterated Monday that there is no timeline for Tua Tagovailoa to return from concussion protocol.

The Miami Dolphins will start either Teddy Bridgewater or Skylar Thompson in their season finale against the New York Jets.

Tagovailoa was placed into protocol last week after sustaining his second documented concussion of the season in the Dolphins' loss to the Green Bay Packers on Dec. 25.

Bridgewater started in his place during Sunday's 23-21 loss to the New England Patriots but was forced to leave the game early after sustaining an injury to the pinkie finger on his right hand.

"I haven't even thought about [Tagovailoa's] playing status. It's about him getting healthy each and every day," McDaniel said. "And so I can't really even factor him into any sort of equation until we're ready to broach that. It's just really a situation of, at this point in the week -- Monday and Tuesday game prep -- I'll be preparing for both Skylar and Teddy, and then proceed as the week progresses."

The Dolphins need to beat the Jets and have the New England Patriots lose to the Buffalo Bills in Week 18 to make the playoffs.

Teddy Bridgewater is believed to have suffered a broken finger in Week 17.

Bridgewater left the Miami Dolphins' loss to the New England Patriots with a right finger injury.

Skylar Thompson replaced Bridgewater and may be making a Week 18 start against the Jets with Tua Tagovailoa currently in the concussion protocol.

Tua Tagovailoa has entered the NFL's concussion protocol in the wake of the Miami Dolphins' loss to the Green Bay Packers on Sunday.

Mike McDaniel said Tagovailoa displayed and admitted to having concussion symptoms when he spoke with team doctors Monday and was immediately placed into the protocol.

It marks the second time this season Tagovailoa has been placed into the protocol.

Tagovailoa previously entered the concussion protocol after the Dolphins' game against the Cincinnati Bengals in Week 4 and was hospitalized briefly then after his head hit the turf.

He went on to miss the team's next two games and returned in Week 7.

Jimmy Garoppolo Says Dolphins Were In Mix To Trade For Him

Tua Tagovailoa Says He Lost Consciousness After Being Hit

Mike McDaniel: Too Early To Name Quarterback For Week 6

Dolphins Have Ruled Out Tua Tagovailoa For Week 5

NFLPA Vows To Pursue 'Every Legal Option' Regarding Tua Situation