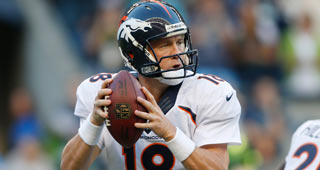 Davies reiterates that the documentary never directly accuses Peyton Manning of taking HGH, but instead points out that HGH was repeatedly sent to Manning’s wife, a claim that Manning himself has seemingly acknowledged as fact.

HGH is a scarce drug that is illegal to prescribe off-label and reserved for use by people who suffer from serious conditions.

Peyton Manning has been listed in a new Al Jazeera report as one of several prominent professional athletes who were supplied illegal performance-enhancing drugs from a pharmacist who once worked at an Indiana-based pharmacy.

Manning was reportedly given a supply of human growth hormone in 2011 while he was recovering from his 2011 neck surgery from a pharmacist then employed at the anti-aging Guyer Institute in Indiana. The report cites the pharmacist, Charlie Sly, who allegedly spoke to an undercover reporter working for the network.

In the report, titled "The Dark Side," Al Jazeera says in an article shared in advance with The Huffington Post that steroids and other drugs were shipped to the home address of Manning in 2011 in the name of his wife, Ashley Manning.

Sly also accused Manning and his wife in the undercover video of going to the clinic after its normal business hours for intravenous treatments.

Manning strongly denied the claims to ESPN's Chris Mortensen: "The allegation that I would do something like that is complete garbage and is totally made up. It never happened. Never. I really can't believe somebody would put something like this on the air. Whoever said this is making stuff up."

He went on to say that, "Yes, I have been a patient under Dr. Guyer. I have had nutrient therapy, oxygen therapy and other treatments that are holistic in nature but never HGH. My wife (Ashley) has never provided any medication for me to take. Ashley and I never attended the clinic together after hours. There were times when I went in the morning and there were times when I went after practice so this thing about `after hours' is so misleading because it may have been 5:15 pm because their office closed at 5." 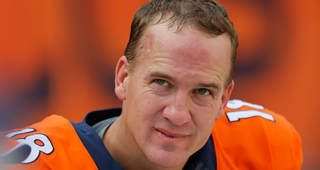 Gary Kubiak said Manning would have a "big workout" on Saturday to evaluate his progress in his rehab from a partially torn plantar fascia in his left foot.

Manning has already been ruled out for Week 16.

Manning returned to practice on a limited basis last week, but suffered a setback and had to sit out last Friday. 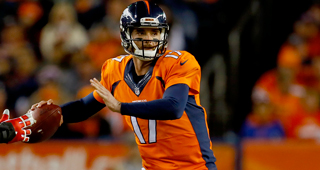 The Denver Broncos will start Brock Osweiler on Sunday against the Cincinnati Bengals.

This will be Osweiler's sixth straight start for the Broncos since Peyton Manning has been sidelined with a plantar fascia tear in his left heel.

Last week Manning returned to practice for the first time since the loss to the Chiefs.

Manning is expected to have a limited practice schedule this week and was not expected to take part in Wednesday's practice.

"Peyton has never told Gary (Kubiak) or myself that he doesn't want to be the backup," wrote Elway. "Any report or rumor that suggests otherwise is incorrect!!"

The Broncos have been starting Brock Osweiler while Manning has been injured. 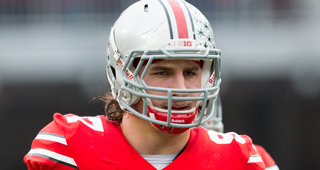 Todd McShay has Joey Bosa going first overall to the Tennessee Titans in his initial mock for the 2016 NFL Draft.

Peyton Manning will throw outdoors on his own on Wednesday as he tries to work his way back from a torn plantar fascia in his left foot.

Manning is unlikely to participate in practice with the Denver Broncos.

"Yeah, I don't see that," Gary Kubiak said. "That could change. I could tell you on Wednesday that we decided to do some of that, but right now the thought is that we go into kind of a modified small workout personally with him and see where we can be each and every day."

Kubiak has opened up his playbook with Brock Osweiler under center, calling an assortment of bootlegs, effective run plays and play-action passes with the athletic and more mobile passer who's almost 15 years younger than Manning

Peyton Manning got the cast off his left foot on Tuesday and will wear a walking boot until Friday.

Manning has not thought about his playing future beyond trying to get back on the practice field.

"This is when 'they' and 'sources' seem to show their heads a little bit . . . I haven't thought much other than about trying to get healthy," Manning said. " . . . I'm going to try to get healthy so I can try to get back. That's kind of where my focus is."

Brock Osweiler has played well for the Denver Broncos in place of Manning.