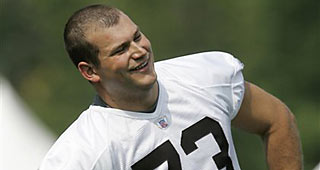 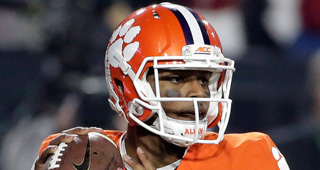 Dabo Swinney gave a ringing endorsement to his quarterback leading up to the NFL Draft.

Watson elected not to participate in the Senior Bowl despite reports that the Cleveland Browns asked him to. He is a junior but has graduated, making him eligible for the game.

"That's how you change things, you know, change a culture," Swinney said when asked specifically about Cleveland considering Watson at either No. 1 or No. 12 overall. "For me, it's through discipline and recruiting and staffing and all that stuff. For them, it's decision-making. It's who you pick.

"It would be the easiest player [Browns coach Hue Jackson has] ever coached. I'm sure he's coached some good ones, and so have I. But [Watson is] just simple. Very low maintenance, humble, the same guy every day and always ready. Comes to every meeting prepared.

"He's the greatest preparer that I've been around. He loves it. You know, he graduated in three years. This is a driven, focused kid that's been way too busy being great to be distracted by anything. So he's just ready for the moment. He's so prepared. And it's been that way forever."

Deshaun Watson declined to play in the Senior Bowl despite a request from the Cleveland Browns to do so, according to a report from MMQB.

The Browns are coaching the South squad, which is the one Watson would have played for had he accepted the invite.

Cleveland has the No. 1 and No. 12 picks in this spring's NFL Draft.

"The Browns talked to him and asked him to play this week; he declined," Peter King wrote on Monday. 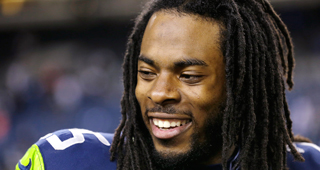 "The injury is non-surgical and we anticipate he will make a full recovery," Nick Saban said.

Scarbrough rushed 16 times for 93 yards and two touchdowns before leaving with the injury. 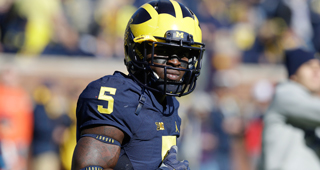 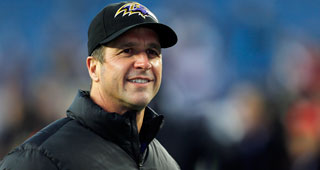 The Baltimore Ravens established a new single-season franchise low in rushing attempts in 2016 and John Harbaugh wants to change that going forward.

"We need another back," Harbaugh said. "What type of back that is? I think we're talking about it. We have a pretty good idea of the type of back we want to add."

Baltimore's backs accounted for just six runs and one reception over 20 yards. No other backfield generated fewer big plays in the passing game.

After leading Clemson to a thrilling victory over Alabama in the national title game, Deshaun Watson confirmed that he will leave school for the 2017 NFL Draft.

Watson was named the offensive MVP of the game after going 36-for-56 for 420 yards and three touchdowns. He also ran for 43 yards and a fourth touchdown in the Tigers' 35-31 win.

He was a Heisman Trophy finalist the past two seasons, finishing third in 2015 and second in 2016.

"Whoever picks me up is gonna get a champion, not just on the field, but off the field, and just a champion at heart who'll make people around him better," Watson told ESPN's Scott Van Pelt. "I'm just gonna go to work, and regardless of my situation or where I go, I'm gonna play my role and do the best I can do."

Oklahoma running back Joe Mixon intends to apply for early eligibility to enter the 2017 NFL Draft, according to a source.

Mixon rushed for 1,274 yards in the regular season on only 187 carries. He also has 65 career catches for nine touchdowns.

However, Mixon's career at Oklahoma was marred in controversy from the start after he struck a female student at a campus deli as a freshman in 2014. Mixon is a third-year sophomore, as he took a redshirt in while on suspension in 2014.

Chip Kelly and others within the San Francisco 49ers wanted the team to draft Dak Prescott in 2016. Kelly thought he was a fit with the type of offense he likes to run.

Prescott was picked 135th overall in the fourth round by the Dallas Cowboys. Prescott led the Cowboys to the best record in the NFC as a rookie.

Trent Baalke instead used the 133rd pick on Rashard Robinson, a cornerback out of LSU.

Myles Garrett is widely expected to be one of the first few picks in the draft.