Anderson tore the ACL in his right knee in the second game of his 2018 season at Oklahoma.

Anderson had a productive preseason and was expected to be in the mix for the Bengals at running back behind Joe Mixon and Giovani Bernard. 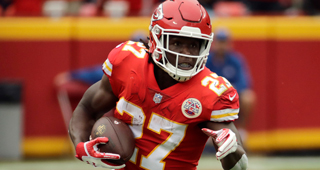 Kareem Hunt has undergone surgery for a sports hernia.

Hunt is serving an eight-game suspension for two off-field altercations.

Hunt is expected to be healthy upon his return to their roster on Nov. 10.

Jerick McKinnon has encountered a setback in his return from a torn ACL.

His status for the start of the season with the San Francisco 49ers is up in the air.

McKinnon returned to practice Tuesday afternoon but the session apparently didn't go that well for him and his surgically repaired right knee.

"Yesterday we brought him out and it's a real bummer because he keeps getting to the final step," John Lynch said. "And the final step is actually playing NFL football, particularly at his position where you have got to make hard cuts. You've got to put your foot in the ground. And we did it a month ago. And we got to that step and he kind of regressed and I would say yesterday we had a similar situation. So we're trying to get to 'OK, what's really the root cause of the problems that he's having?'

"Yesterday was not encouraging from that standpoint for Jet. What that means, we're not sure yet. We're working hard to find that out."

The Arizona Cardinals have placed Hakeem Butler on injured reserve.

The rookie fractured his hand during the team's second preseason game and is done for the season. 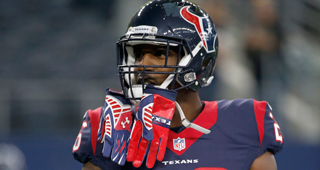 Lamar Miller will miss the entire 2019 season with a torn ACL.

Miller suffered the injury during Saturday's preseason game against the Dallas Cowboys.

"It's very difficult to lose a guy like Lamar, for a lot of reasons. He's a great pro. He's just an awesome guy in the locker room," Bill O'Brien said after the game.

Miller had 973 yards on 210 carries last season for the Houston Texans and was entering the final season of a four-year contract.

He suffered the injury during a first-quarter sack. Newton walked to the locker room and was seen leaving the stadium in a walking boot.

The Panthers are expecting more details after further tests on Friday, according to a source. 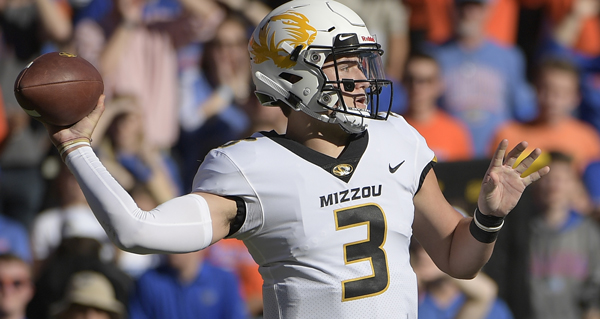 Drew Lock could open his rookie season on the injured reserve for the Denver Broncos, says Vic Fangio.

Lock suffered a severely sprained thumb on his throwing hand early in the third quarter of Monday night's preseason loss to the visiting San Francisco 49ers.

The quarterback will neither play nor practice for the remainder of the preseason.

"Obviously because it's his throwing hand and a thumb, that's a pretty serious injury for a quarterback," Fangio said. "It will be some time before we know exactly where he's at and how much time he would miss." 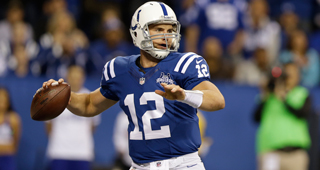 The odds of Andrew Luck being ready for Week 1 of the regular season are appearing less likely.

"Really no further updates. All we have right now is a combination of full-speed movement and pain threshold," Frank Reich said.

Luck has practiced only three times -- none of them as a full participant -- since April due to what was originally diagnosed as a calf injury.

Jacoby Brissett will continue to be the Colts' starting quarterback if Luck, who has missed 26 games since 2015, remains out.

The Indianapolis Colts have placed D'Onta Foreman on injured reserve and have also signed Charcandrick West.

West was in and out of Chiefs camp in 2018, cut last summer but re-signed in December.

"DK's got an injury to his knee that we found after a couple days," Carroll said. "It happened a few days back. So there's something. We're gonna do some work on it Tuesday and get him back in a hurry. So we're disappointed for him because he was off to a fantastic start, but I don't think this is gonna derail him for long. But he does have to have some work done, and we'll know more about that when we get back into town."

The Seattle Seahawks drafted Metcalf in the second round of this year's draft.

Carroll said doctors have said a quick recovery from surgery was expected after looking at the results of an MRI.

Derwin James suffered a stress fracture of the fifth metatarsal of his right foot at practice on Thursday.

Avery Williamson was the only defensive starter in the game at the time of the injury.

Derwin James Out Indefinitely With Fracture In Foot

Derwin James was an All-Pro as a rookie.

Antonio Brown has been dealing with a frostbitten foot and helmet issues, but he's "very close to practicing."

The Colts haven't ruled out Andrew Luck as their starting quarterback in Week 1.

Packers Sit Aaron Rodgers Due To Back Tightness

The Packers called the decision to sit Aaron Rodgers "precautionary."

Freddie Kitchens termed the injury minor and the wide receiver could participate in team drills on Thursday.

Jon Gruden Expects Antonio Brown To Be Ready For Week 1

Antonio Brown has reported to training camp with the Raiders.

Andrew Luck was originally diagnosed with a calf strain in March and that has moved into the ankle.

The Broncos will be without Theo Riddick for 6-8 weeks after sustaining a slight fracture in his shoulder.

Nate Sudfield will be sidelined for six weeks after undergoing surgery to repair a broken bone above his left wrist, according to a source.

Andrew Luck still isn't ready to practice with the Colts.

Jermaine Kearse left the field with his leg in an air cast.

Robert Quinn was traded by the Dolphins to the Cowboys in March.

Nick Bosa Out For Preseason With 'Significant' Ankle Sprain

John Lynch said Nick Bosa does not have a "full-blown" high-ankle sprain, but there are "components" of that injury.

Nick Bosa suffered a right ankle sprain after leaving Wednesday's practice early, according to a source.

Antonio Brown was not wearing proper footwear while in the machine.

Andrew Luck Expects To Be Ready For Week 1

A nagging calf injury continues to sideline Andrew Luck, but he expects to be ready to start for the Colts in Week 1.

Antonio Brown has missed a significant portion of his first training camp with the Raiders.

Andrew Luck Out At Least One More Week With Calf Strain

Andrew Luck originally injured his calf back in April.