Tua Tagovailoa Out For Season With Dislocated Hip

Tua Tagovailoa will miss the remainder of the season after suffering a dislocated right hip. Tagovailoa also suffered a posterior wall fracture, sources confirmed to ESPN, and medical officials are continuing to evaluate his injury to determine the best course of treatment. He is expected to make a full recovery.

Nick Saban said after the game that he didn't think the injury was related to the ankle injury that made Tagovailoa a game-time decision for Saturday's game. "It's kind of a freak thing that you seldom see," he said.

"He was good, at least as good as he was a week ago in terms of his ability to move," Saban added. "I don't think anything he did affected his performance in the first half. So the guy played, and I thought he played really well. And we hate it that he got injured. We hate it for him. We hate it for his family. I hate it when any player on our team gets injured. So Godspeed to him and his entire family, and our thoughts and prayers are with them and hope this is not so serious it has any long-term effect on his future as a player." 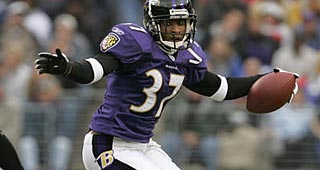 Deion Sanders said Sunday night that he has not currently spoken to anyone from Florida State regarding their open head coaching position.

It was reported last week that Sanders was a candidate to become the program's next coach.

"I have not spoken to anyone from Florida State regarding this," he said. "But let me assure you, I am 100 percent -- 100 percent -- desiring to coach at the next level. And I will."

Sanders starred at Florida State from 1986 through 1988 where he excelled at football, baseball and track.

Deion Sanders has emerged as a candidate for the head coaching job at Florida State, according to sources.

Willie Taggart was let go by Florida State on Sunday less than two seasons into his tenure.

Sanders played football, baseball and track at Florida State from 1986 through 1988.