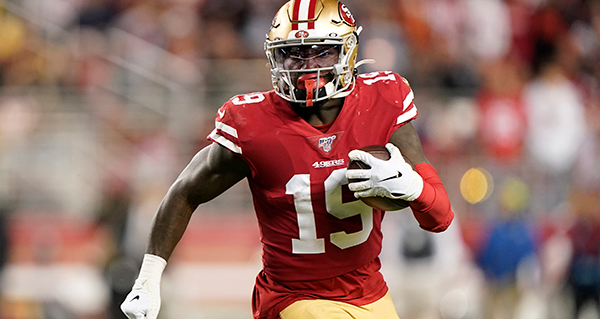 After a roller-coaster offseason that included a surprising trade request, a social media scrubbing and a half-dozen other receivers signing lucrative contracts, the final domino fell Sunday when wideout Deebo Samuel agreed to a three-year contract extension with the San Francisco 49ers.

The deal is worth a maximum value of $73.5 million over the three years and includes $58.1 million in guarantees, sources told ESPN's Adam Schefter.

The Pro Bowl center was carted off the field with the injury.

Dak Prescott has high expectations for his seventh season with the Dallas Cowboys.

Mike McCarthy, who coached two Super Bowl-winning quarterback in Brett Favre and Aaron Rodgers, believes Prescott has the traits to win it all.

"This is Dak Prescott's offense and I think you see him taking ownership of that because at the end of the day, defense wins championships, but the Super Bowl is won by the quarterback. If you look at it statistically, that's my opinion," McCarthy said.

"That's how I view the journey and the vision of how you prepare your team and what your team needs to look like. And I think he's a guy that emulates exactly what you're looking for, because he's always looking to improve in all the areas."

Prescott has one playoff victory in six seasons as the Cowboys' starter.

Daniel Snyder testified for nearly 11 hours during a private deposition Thursday with members of the U.S. House Committee on Oversight and Reform regarding the Washington Commanders' workplace culture.

Snyder testified voluntarily but did so under oath. His attorney had negotiated with the committee for nearly a month over how he would testify.

Any or all of the transcript can be made public, but that likely will take several days. Snyder testified via videoconference from overseas.

The committee began investigating Snyder and the organization in October, looking into past issues.

The Arizona Cardinals have removed the independent study addendum from Kyler Murray's new contract after it received significant backlash.

"After seeing the distraction it created, we removed the addendum from the contract," the Cardinals said in a statement. "It was clearly perceived in ways that were never intended. Our confidence in Kyler Murray is as high as it's ever been and nothing demonstrates our belief in his ability to lead this team more than the commitment reflected in this contract."

The addendum in Murray's contract extension became public on Monday. The clause required the quarterback to study game material for four hours per week on his own to receive "credit."

Murray couldn't study while he was distracted by the TV, internet or video games, the addendum said.

Lamar Jackson remains hopeful he'll agree to a contract extension with the Baltimore Ravens, but the quarterback doesn't want negotiations to drag into the regular season.

"I think so," Jackson said when asked if he thought a deal would get done. "I think so. I think so. We'll have to see."

When then asked if a deal would happen before the Ravens open the season on Sept. 11 against the New York Jets, Jackson responded: "I said there is going to be a cutoff [in talks]. So, hopefully."

Jackson, one of the few players in the NFL who doesn't have an agent and represents himself, has been eligible for an extension since last year. 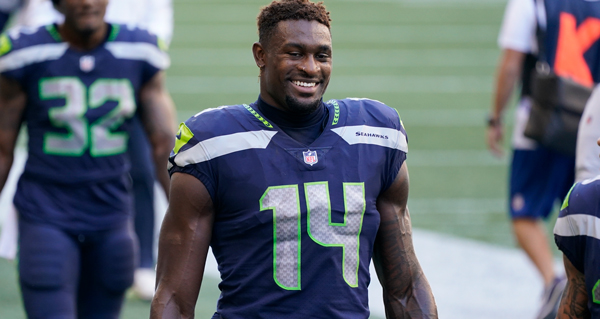 DK Metcalf is signing a three-year, $72 million contract extension with the Seattle Seahawks, according to a source.

Metcalf will receive $58.2 million in guaranteed money and a $30 million signing bonus, the largest ever for a receiver.

He reported with the rest of the team Tuesday, then did not take part in any portion of Wednesday's first practice amid the contract negotiations.

The Atlanta Falcons have named Marcus Mariota their starting quarterback after just one day of training camp.

Mariota is entering his first season with the franchise, who will have rookie Desmond Ridder serve as the backup quarterback.

"Obviously, we've got a plan for each of them. Marcus is the starter," said Falcons quarterbacks coach Charles London. "That's how we're going into this thing."

Ezekiel Elliott doesn't feel any pressure over his future with the Dallas Cowboys.

The running back's contract doesn't have any guaranteed money on it past this season.

Elliott's $12.4 million base salary is fully guaranteed as part of the $90 million extension he signed in 2019.

The Cowboys have an easier path financially to move on from him in 2023 because there is no more guaranteed money in his contract. He is set to make $10.9 million in 2023.

Since Wednesday's move comes after June 1, San Francisco will spread out the bulk of the more than $11.5 million left on his deal over the next two years. The move saves $1.12 million against the 2022 salary cap.

The 49ers originally acquired Ford in a 2019 trade with the Kansas City Chiefs in exchange for a second-round draft pick. They promptly signed Ford to a five-year, $85 million deal.

Seahawks' Chris Carson To Retire Due To Neck Injury

Report: Google Has Made Bid For Sunday Ticket

Najee Harris: 'I'll Get 500' Carries If It Helps Steelers Win