Bill O'Brien revealed on Friday that the Houston Texans are "working hard" to sign Deshaun Watson to a long-term extension.

Patrick Mahomes signed a 10-year, $503 million extension earlier this month as a fellow member of the 2017 draft class.

Antonio Brown has been suspended for the first eight games of the 2020 season.

Teams with interest in Brown have wanted to know how long he'd be suspended for if they signed him.

Brown will be allowed to participate in training camp if he is signed.

The Seattle Seahawks and Baltimore Ravens are among the teams interested in signing Brown.

ESPN had Joe Tessitore and Booger McFarland in the booth last season.

Jim Nantz, Ian Eagle and Kevin Burkhardt are potential free agents in the coming future. Philip Rivers is a candidate for color analyst duties after Drew Brees signed a pre-contract with NBC.

Riddick has publicly lobbied for the Monday Night Football job in the past.

The Dallas Cowboys missed the deadline to get a long-term contract done with Dak Prescott before the 2020 season, but neither side seems concerned.

In his first comments since the July 15 deadline came and went, Stephen Jones suggested talks between the two sides were amicable.

"We had a great visit with him at the deadline. We pushed to try to have a few more changes here and there to see if we could get it done," Jones said. "But he's got such a great outlook on the Dallas Cowboys, our football team, and he's ready to go out and win a Super Bowl, which would only create more value for him, more value for the Cowboys.

"So we're fired up about it and still have nothing but 100 percent belief in Dak and his future with the Cowboys, and that we can ultimately get a deal done. He's special. As Jerry and I have said, we are 110 percent behind him, and ultimately feel like we'll get this done."

"I don't want to use 'close' in terms of negotiations. You either get a deal done or you don't," Jones said. "We didn't quite get it done. I wouldn't put blame on either side. It's just one of those things, when you're talking about a deal as big as this is -- for our team, not just for Dak but our entire team, the ramifications that it has -- we certainly want to get it done right. I know he's respectful of (owner) Jerry (Jones) and myself of what we're trying to get accomplished, just as we are with him."

Patrick Mahomes has taken note of his No. 4 ranking on The NFL Network's Top 100 players of 2020.

Shortly after the results were revealed, Mahomes tweeted an emoji that shows a pencil writing on paper, which appears to be his way of saying he's taking note.

The 24-year-old was the MVP of the Kansas City Chiefs' 31-20 victory over the San Francisco 49ers in Super Bowl LIV, making him the first quarterback in NFL history to win a league MVP and Super Bowl before turning 25.

After months of fighting, sometimes publicly, with the New York Jets over his contract and future, Jamal Adams is thrilled to be with the Seattle Seahawks.

"When I got the call, honestly, I broke down in tears of joy," Adams said of last weekend's trade. "A lot of mixed emotions. I'm gonna miss a lot of the guys over there. But at the end of the day, man, this was my calling. This was where I need to be."

Adams has two years left on his rookie contract. The massive haul, including two first-round picks, that the Seahawks gave up appears to indicate long-term interest in the safety, but a new deal won't be reached in 2020.

"The plan is to retire here," the 24-year-old said. "This is my plan. But obviously, those things handle themselves. When all you have to do is just go on the field and perform, do the right things on and off the field, and those things will take care of itself, man. So I'm very excited to be here. I know the rest of the guys are excited to have me, and the coaching staff, and everybody else. So again, man, we'll worry about that when the time comes."

The Buffalo Bills sent rookies home from the team's facility Thursday as a response to five positive coronavirus tests this week.

"As we were informed by medical experts as training camp opened, we expected to have positive tests for COVID," the Bills said in a statement to ESPN. "With 5 since the beginning of the testing period last Tuesday, we decided to take a disciplined, proactive and preventative approach to hopefully eliminate additional cases within our team."

The Bills' rookies first reported on July 21 to begin testing.

Under the NFL's training camp mandate, players must register three negative tests in a five-day span to enter the facility. Although teams are not required to shut down their facility for a positive test, the Bills chose to minimize risk by sending players home for the day. 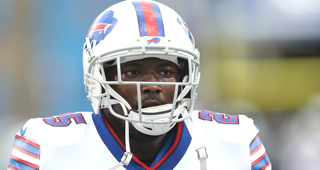 LeSean McCoy has agreed to a one-year deal with the Tampa Bay Buccaneers.

McCoy will compete for time with Ronald Jones and Dare Ogunbowale at running back. 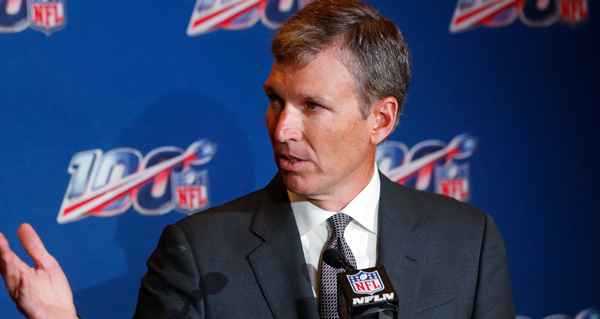 Dr. Allen Sills may be the most critical member of the NFL community for the 2020 season as the league's chief medical officer.

Sills said this week that COVID-19 will likely remain a factor throughout the 2020 season, but the league has protocols to keep players, coaches and staff safe.

“I remain cautiously optimistic because we’ve spent a tremendous amount of time and energy with these protocols and preparing, trying to mitigate risk to the best that we can,” Sills told the Houston Chronicle. “At the same time, we have to realize that this is going to be hard. This is going to be really hard because this is a tough opponent. This virus is a highly contagious virus, and it remained very endemic across our country.

“It’s going to be a real challenge for us at every level of the league, but our teams are very committed to this. I know our players are very invested, as are all of our coaches and staff. We’re all going to put our very best foot forward to try to mitigate risk and see if we can carry forward and coexist with a virus. As much as we’d like it to go away, I think it’s clear that it’s unlikely to be eradicated at any time in the very near future.”

The NFL and NFL Players Association struck a deal on a revised Collective Bargaining Agreement five days ago, but the formal agreement hasn't yet been signed.

According to a source with knowledge of the situation, "lawyers" have held up the signing of the document.

That likely means attorneys for both sides are haggling over precise language in the agreement.

For players, that means they'll have more time to decide whether or not they are comfortable playing in 2020. The deadline to opt out doesn't come until seven days after the agreement is signed.

Damien Williams Opts Out Of 2020 Season

Player Opt Out Deadline Will Be Aug. 4, At Earliest

Seahawks Will Wait Until 2021 To Extend Jamal Adams

Kyle Brandt/NFL.com (via The Score)

Marquise Goodwin Opts Out Of 2020 Season

Jets Playing To Win, Not Punting On 2020 Season