Russell Wilson has never received an MVP vote, but he's the favorite to win the award in 2020.

The Seattle Seahawks quarterback is the best bet for MVP, at -110, according to PointsBet.

The Dallas Cowboys have informed Dontari Poe and Daryl Worley that they will be released if they can't trade them this week.

The trade deadline is November 3, but the Cowboys are looking to cut bait sooner.

Dallas began shedding veteran parts on Tuesday when they traded Everson Griffen to the Detroit Lions for a conditional sixth-round pick.

While appearing on Deion Sanders' podcast, Jackson said he thinks if he were playing in 2020, he'd be averaging 350 or 400 yards a game.

"Nobody wrap up and tackle no more," Jackson said. "With me being a ball carrier, my coach taught us, number one, he said, 'I know you can run, but I'm gonna teach you how to carry that football.' He said, 'that football is like your newborn baby, don't ever put it on the ground. And keep it away from the enemy.' It's like this – and I watch technique – I don't see nobody hitting or wrapping up. Everybody's running into each other and trying to use their shoulder pads to knock the ball carrier down. And I'm like, if I played during this era, man, I'd be averaging 350-400 yards a game ... because nobody wraps up anymore. They run into each other with their pads."

Jackson averaged 73.2 yards per game in his 38-game NFL career.

The Miami Dolphins are signing Adam Shaheen to a two-year extension worth up to $7.85 million with $3.2 million guaranteed, according to a source.

Miami acquired the tight end from the Chicago Bears in late July for a conditional 2021 seventh-round pick.

Shaheen, a 2017 second-round pick, was entering the final year of his rookie deal. He has caught a touchdown in each of his last two games.

The Cincinnati Bengals have told Carlos Dunlap to stay home rather than come to work as the team sorts out his future, according to sources.

They have had trade talks centered around the pass-rusher.

After the Cleveland Browns scored a game-winning touchdown on Sunday, Dunlap reportedly got into an argument with defensive coordinator Lou Anarumo regarding playcalling.

Dunlap, a former Pro Bowler, has spent all 11 seasons of his career with Cincinnati. 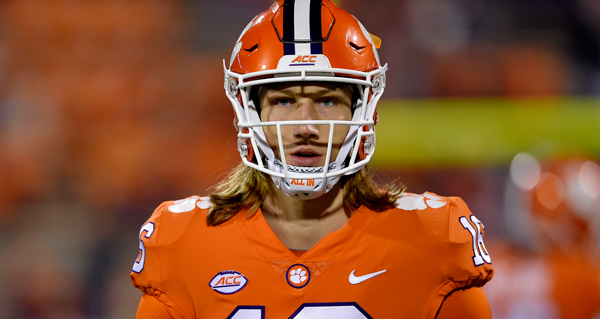 Trevor Lawrence left open the possibility of returning to Clemson in 2021 for his senior season instead of entering the NFL draft.

"My mindset has been that I'm going to move on," Lawrence said Tuesday. "But who knows? There's a lot of things that could happen."

The New York Jets currently are projected to have the top pick in the draft as the NFL's only winless team.

Lawrence has a 31-1 record as a starting college quarterback and has the top-ranked Tigers (6-0) in line for a sixth consecutive ACC title and trip to the College Football Playoff.

"No matter where I go -- whether that's across the country or whether it's close to home, whether I stay another year -- we'll work it out," Lawrence said.

The Detroit Lions have acquired Everson Griffen from the Dallas Cowboys for a conditional sixth round pick.

The Cowboys signed Griffen in August after his long tenure with the Minnesota Vikings.

Griffen is considered one of the NFL's better veteran pass rushers.

The rookie had a 31-yard run that was the longest by any Chargers quarterback since 1988. He even lowered his shoulder to run over a defensive back in Week 7. Anthony Lynn appreciates Herbert's skill set, but doesn't want him running the ball too much.

"He put his shoulders down and he ran over someone," Lynn said. "The sideline kind of erupted when he did that. That's the way he leads sometimes. But in this league, I want you to slide. ... I don't want to put Justin in a situation where he may have to run the football too many times. I don't like my quarterback getting hit." 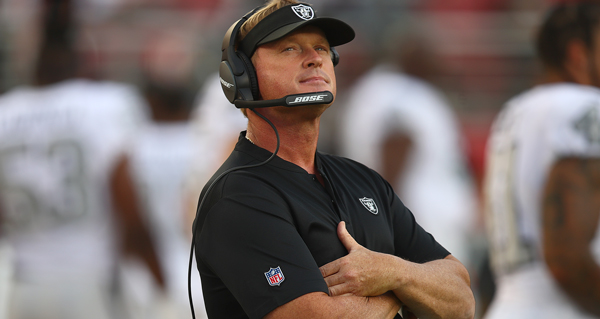 Jon Gruden is boasting that the Las Vegas Raiders are leading the NFL in beating the coronavirus.

"As an organization, we are on the cutting edge of beating the virus," Gruden claimed on Monday.

The coach's comments came a day after FOX Sports reported that the Raiders face significant fines and the potential loss of draft picks for their latest COVID-19 protocol breach.

"We're not the only team in the league, so you know, that's had people catch the virus," Gruden said.

Gruden is right, but the Raiders are the only team to have multiple and various issues.

Christian McCaffrey returned to practice with the Carolina Panthers on Monday for the first time in five weeks.

It remains to be seen if McCaffrey will play on Thursday night against the Atlanta Falcons.

"It's a possibility,'' coach Matt Rhule said. "That's sort of out of my hands. I'm hopeful that will happen.''

McCaffrey did not participate in Monday's light workout and would have to go through a full practice on Tuesday or Wednesday for the team to consider taking him off injured reserve.

"If you know Christian, he wants to play,'' Rhule said.

Antonio Brown's Contract With Bucs Maxes Out At $2.5M

Michael Thomas, Emmanuel Sanders Out For Saints In Week 7

Sam Darnold: Trevor Lawrence Talk 'Out Of My Control'