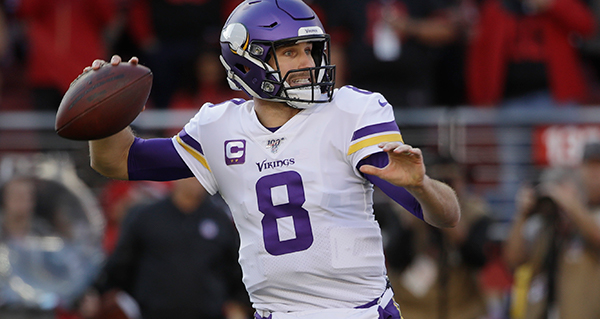 The weather outside will be frightful for a couple of games this weekend as we enter the period where autumn looks a lot more like winter in much of the country.

- Tennessee Titans at Green Bay Packers (-3): I came away impressed with the resiliency the Packers showed last week. Overcoming injuries and adversity against the Cowboys showed me something I wasn’t sure Green Bay had in them. But the Titans are a different kind of foe. Tennessee plays ugly and likes it that way. This Packers team doesn’t seem built that way, not in the injury-depleted state they’re in. Then again, the Titans aren’t very healthy either. Should be a close one.

- Philadelphia Eagles at Indianapolis Colts (+6.5): This game will be an interesting case study for both teams. How do the Eagles respond to their first loss of the season, and doing so on a short week no less? On the flip side, can Jeff Saturday and the Colts keep the winning formula flowing after beating the hopeless Raiders in Saturday’s interim coaching debut? Those are variables tougher to anticipate than the path of a hurricane, but the projected cone of certainty sure looks favorable for Philly.

- New York Jets at New England Patriots (-3): Oh the disrespect! The Jets are 6-3, coming off a bye and have some impressive pelts (MIA, BUF) strewn across the tarmac. New England is in last place (at 5-4) and has beaten one team with a winning record. Of course, that was the Jets in New York back in Week 8.

In that game, New England picked off Zach Wilson three times and completely hijacked the Jets’ run game. While those are certainly possible to repeat, I think New York drops fewer bombs on its own runway in this one. But I also really like Bill Belichick with a bye week of his own to reset and tweak his team, especially against a familiar opponent with an erratic quarterback.

- Los Angeles Rams at New Orleans Saints (-4.5): No, that’s not a misprint. The defending Super Bowl champs are underdogs to a Saints team that has lost four of five. What’s left of the Rams offense is barely recognizable from 2021; Matthew Stafford could miss this one with his concussion, while Cooper Kupp is definitely out. So is almost the entire regular OL. I don’t put it past the stars on the Rams defense to rise up and gut out a victory, but it’s hard to bet on that.

- Detroit Lions at New York Giants (-3): Detroit is gunning for its first three-game win streak since 2017, and there is history on their side. That 2017 streak saw them win games in Weeks 9 through 11, with wins over the Bears and Packers. Guess who Detroit has beaten this year in Weeks 9 and 10?

Alas, the only Lions player left from that 2017 team is left tackle Taylor Decker. New York’s defense is really good at limiting YAC and has found more ways to generate pressure lately, though they’re still terrible (league-worst 5.5 YPC allowed) against the run. Detroit can win if Jared Goff avoids mistakes and the improving, but still porous, Lions defense can force Daniel Jones into a couple of big ones. It could happen. Forty-five percent chance it happens, which is why the line is weirdly low for a 7-2 team playing a 3-6 squad.

- Washington Commanders at Houston Texans (+3): Fresh off beating the best team in the league, the Commanders now aspire to avoid the letdown against the worst. That’s not as easy as you might think for Ron Rivera’s decidedly average and inconsistent Washington team. The Commanders defense has played well lately and done so against good running teams, which gives me enough confidence they can slow down dynamic Texans rookie RB Dameon Pierce.

- Las Vegas Raiders at Denver Broncos (-2.5): The Broncos have the NFL’s best scoring defense, but worst scoring offense. Their season high in both points scored (32) and allowed (23) came in the first meeting in Las Vegas back in Week 4, a game the Raiders won. I don’t expect a repeat of those relative scoreboard fireworks. I also don’t expect the Raiders to pull off the sweep.

- Chicago Bears at Atlanta Falcons (-3): Atlanta has struggled this season, but they’ve played well defensively against run-heavy teams. The Falcons beat Cleveland, Seattle and San Francisco--all teams that win by running the ball on offense. Guess what Chicago does? And the Bears throw the ball worse than any of those teams even with Justin Fields evolving in that capacity. Good matchup for the home birds.

- Cleveland Browns at Buffalo Bills (-8.5): Snow. Lots of snow. That’s the forecast. Thundersnow is a very localized phenomenon that has to be experienced to be truly appreciated. Loud, long-lasting rumbles of thunder above snowfall so heavy it prevents you from seeing more than about 10 feet. It’s a real enough threat that the NFL is considering alternative options for the game venue. The Bills are supposed to play in Detroit on Thanksgiving. Could they be there on Sunday too?

- Carolina Panthers at Baltimore Ravens (-12): You don’t ever want to assume an outcome, but this is about as certain of a survivor fantasy football lock as you can get this late in the year. The Ravens haven’t been a hugely used choice thus far. Smoke ‘em if you got ‘em…

- Dallas Cowboys at Minnesota Vikings (+1): A lot hinges on the availability of Vikings left tackle Christian Darrisaw, who entered Thursday in the NFL’s concussion protocol. Darrisaw has quietly emerged as one of the elite left tackles in the game, forming perhaps the NFL’s best tandem with RT Brian O’Neill. The Vikings need all hands on deck with Micah Parsons and the dangerous Dallas defense on the other side.

- Cincinnati Bengals at Pittsburgh Steelers (+4): Gone are the days of Vontaze Burfict and James Harrison dishing out cheap shots in what was one of the NFL’s fiercest rivalries a decade ago. Now, the Steelers are gripping to stay out of benign the AFC’s worst team. Cincinnati has been erratic enough that the Bengals are tough to trust, but this Steelers offense is way too easy to stop to believe in their chances of the upset, even at home in the snow.

- Kansas City Chiefs at Los Angeles Chargers (+6.5): The Chiefs won the first meeting 27-24 and I’ve not seen anything from the Chargers since Week 2 to indicate they can do any better against the Chiefs the second time around. Los Angeles hasn’t beaten a team that’s currently better than 4-6 all season. That doesn’t change here.

- San Francisco 49ers at Arizona Cardinals (+8): The 5-4 Niners and 4-6 Cardinals travel to Mexico City. If you hear the national narratives on these two teams, you’d swear the gap between their records was a lot more vast than 1.5 games. For whatever reason, Kliff Kingsbury’s Cardinals always show out well against Kyle Shanahan’s 49ers too. I don’t know how they’ll do it on Monday night, but I taste the upset.