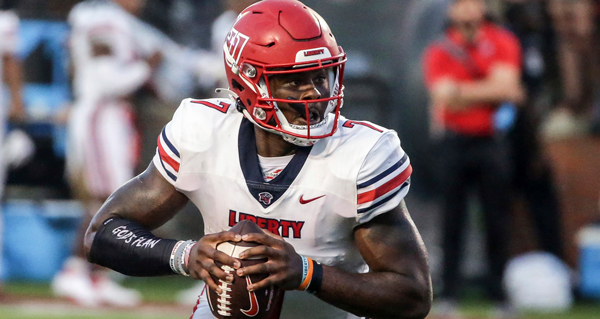 We are less than a week away from the 2022 NFL draft. It’s shaping up as the most unpredictable draft in years, with no solid or consensus decision on what will happen with any of the top picks.

Personally, I love the suspense. It’s refreshing to not know, though more than a little maddening at the same time. I’ve got bets to place and a final mock draft to write, after all.

So, with Ozzy Osbourne’s “I Don’t Know” playing on repeat in the background, here are a few thoughts on what I think will happen in next week’s draft.

Jaguars at No. 1: All signs point to either Georgia’s Travon Walker or Michigan’s Aidan Hutchinson as the No. 1 pick, though an offensive tackle cannot be definitively ruled out. The odds have fluctuated pretty dramatically between Walker and Hutchinson.

Trent Baalke’s history as a GM points toward Walker, a supremely gifted athletic tester. But Hutchinson is also an elite athlete with a ridiculous agility demonstration for a man of his size. He’s got a lot more production and is consistently rated higher. Read: Hutchinson is safer. That gives him the upper hand, methinks…

Lions at No. 2: It’s pretty easy if the Jaguars roll with Walker--it’s Aidan Hutchinson to his hometown Lions. But if Hutchinson is gone, it’s not as simple as just giving Travon Walker to the Lions.

Walker is certainly in play. Lions LB coach Kelvin Sheppard ran the Pro Day workout for LBs at Georgia, and Walker flew through the drills faster than actual LB Nakobe Dean--a top 50 pick. You’d better believe that made a huge impression on the Lions and their decision-makers. But Kayvon Thibodeaux is absolutely in play. The Lions have spent all sorts of time and resources checking out the Oregon EDGE.

Yes, there are legit questions about his football character. For a team hellbent on culture and personal fit, Thibodeaux might not be a great match. Or he could be a perfect one. That’s the variable.

GM Brad Holmes has been heavily linked and allegedly attached to Thibodeaux for months. I don’t doubt any of that. But Holmes isn’t an authoritarian type of GM. The Lions are built around a consensus approach that also heavily values the input of head coach Dan Campbell, personnel assistants John Dorsey and Chris Spielman and empowered scouting and coaching staffs. It’s easier for me to believe the in-building consensus is Walker, not Thibodeaux.

And no, I don’t buy the Malik Willis talk one bit. Outside of Lions broadcaster (and criminally underrated OT) Lomas Brown stating he believes the Lions are taking Willis at No. 2 in a recent radio appearance, there has been ZERO talk emanating from inside Detroit about Willis. Nary a word. It’s all external noise. I know it’s hard to fathom, but this regime really, really, really likes Jared Goff. Insert shrug emoji here…

Texans at No. 3: This is the closest to a lock as you’ll find in this draft. Cincinnati CB Ahmad “Sauce” Gardner would be the pick if Hutchinson is off the board. I’m more confident in that statement than I am in any other pick in this entire draft. Which of course means they’re taking CB Derek Stingley Jr. from LSU…

Jump to No. 13, where the Texans also pick as a result of the Deshaun Watson trade. If Kyle Hamilton is somehow still around, and I highly doubt he is, he almost has to be the pick. Doubling up on the secondary would be a bold choice (to be kind), but he’s that good and a perfect fit in coach Lovie Smith’s defense. Keep an eye on Purdue EDGE George Karlaftis and Florida State EDGE Jermaine Johnson, as well as Ohio State WR Garret Wilson.

Jets at No. 4 and No. 10: The Jets are the first of the two New York teams with multiple picks in the top 10. First up, the four spot.

There’s a lot of buzz about Kayvon Thibodeaux, but this strikes me as the perfect place to land the Jets’ pick of the top-heavy offensive tackle class--even if Thibodeaux is still on the board. Ikem Ekwonu from North Carolina State makes the most sense because he can spend 2022 as a guard and then kick outside to tackle when one (or both) of the current starting tackles are gone after the season. I am a believer that the No. 4 pick will be one or the other. Given that Thibodeaux is far more likely to last to the pick at 10, I lean Ekwonu.

Then there’s wide receiver. The Jets sorely need an alpha dog. It feels like No. 4 is too early, but as with OT, if the Jets want to control their own fate with the position then this is the only time to make that happen. Alabama’s speedy Jameson Williams is the most unlikely of the WR group to last to 10. USC’s big Drake London has some traction at 10, too.

Giants at No. 5 and No. 7: When I left the Combine, I wrote down “Sauce and Cross” for the Giants picks. Sauce Gardner and Mississippi State OT Charles Cross were great fits for exactly what the Giants want and need. I’m not going to deviate from that, though I do believe Ekwonu is the preferred OT option because he is a more natural right tackle and that’s where the biggest hole is right now.

If Gardner is off the board, it’s almost too easy to plug in Derek Stingley Jr. as the CB replacement. However, the Giants purportedly do like the next tier of CBs (Kaiir Elam, Andrew Booth, Kyler Gordon, Trent McDuffie) a lot and at least one of those guys could be there in the second round. Would they be that committed to taking Stingley at No. 7 when they could land a pass rusher like Jermaine Johnson or a premium safety like Kyle Hamilton and then hit CB at the top of the 2nd? To quote Ozzy, “don’t ask me, I don’t know”.

Panthers at 6: This is where the QB comes into play. Or is it?

I know there has been mutual dissing between the Panthers (notably WR Robby Anderson) and Browns QB Baker Mayfield, but I am a believer that if the Browns are willing to eat most of Mayfield’s 2022 contract, a deal does in fact get done over draft weekend. That’s not any insider info or lock, that’s just my personal speculation and somewhat educated guess. And Baker Mayfield is a better long-term QB option than any of the guys the Panthers can draft here--and I absolutely believe the Panthers believe that. Jimmy Garoppolo probably fits that bill too.

Acquiring Mayfield (or Jimmy G) won’t require the No. 6 pick. That means offensive tackle to me. Evan Neal is the most likely to be available and he fits as an instant starter at left tackle. Also keep in mind the Panthers don’t have a 2nd or 3rd round pick, so a trade back has to be very appealing. Pittsburgh’s pick at No. 20, a third-rounder, a useful player and next year’s first for the Steelers to ensure they get their pick of the QB litter--likely Malik Willis--is something that is plausible to me.

Falcons at No. 8: Oh man, so many possibilities. Thibodeaux makes a lot of sense if he’s still there. So does Kyle Hamilton. So does the third OT if there is still one on the board. Stingley could make an interesting option if they want to create a potential dominant CB tandem with A.J. Terrell.

Malik Willis is certainly worth exploring as the potential long-term QB solution, especially with the stylistically similar Marcus Mariota as a bridge until Willis would be ready. However, Atlanta needs so much around a quarterback to make it work, namely wide receiver. Jameson Williams, Garrett Wilson and Drake London have all been linked here at various points.

In short, good luck figuring out what the Falcons are going to do. I lean towards Hamilton, who figures to be the highest-rated player on the board, but nothing would surprise me here.

Seahawks at No. 9: In my eyes, this is where Malik Willis probably should go. Well, it’s one round too early for where I would even consider Willis, but a player with his physical tools isn’t going to fall far. He’s got the panache that typically appeals to Pete Carroll, and this is a Seattle organization that hasn’t ever been shy about marching to their own drummer. A drummer playing Dillinger Escape Plan, no less. Willis might seem a stretch, but I’m prepared to be surprised.

Going away from QB, there is a massive need for offensive line here. If any of Neal, Ekwonu and Cross are here, that has to be a consideration. Thibodeaux or Jermaine Johnson also makes sense to build up the pass rush. Stingley as a lockdown corner with high-end upside is a good thought too. Could this unique regime go off the beaten path and take a guard like Zion Johnson, a linebacker like Devin Lloyd to replace Bobby Wagner or a potentially dominant DT like Jordan Davis? This is a team that has taken Germaine Ifedi, L.J. Collier and Rashad Penny in recent first-rounds, albeit much later than No. 9. Good luck predicting this one…