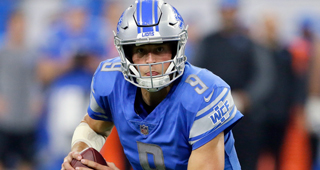 It’s an unprecedented offseason for the NFL. Here are a few thoughts on what would be the normal preparation week for the preseason dress rehearsal games...

$.01--Football in the time of COVID-19 means a lot of testing. So far, the NFL is passing the monumental volume of tests with flying colors.

The league released the data compiled from the first full week of training camps around the 32 teams. Despite not being in any mandatory bubble, the teams have done a fantastic job of taking personal responsibility and avoiding COVID-19 infection.

From the NFL’s release:

There were zero positive tests among players and six new confirmed positives among other personnel.

Not one NFL player has tested positive in nearly three weeks of daily testing. That includes a few padded, full-contact practice sessions for every team where players are breathing on one another, sweating together, huddling up, tackling others. Again, there is no bubble or mandatory sequestration of players and team employees.

Even the testing snafu on Saturday involving a rash of false positives emanating from one of the league’s five testing labs didn’t spell doom and gloom. The swift reaction by the teams impacted, notably the Cleveland Browns and Chicago Bears, showed that there are actionable plans in place...and those plans worked.

It’s an incredibly encouraging development that should make you feel very good about the NFL kicking off Week 1 on time. Beyond that, who can say? But it’s also a testament to the personal responsibility and the pressure to not be the one guy who screws it up for everyone else. There’s a lesson there for outside of the NFL, too.

$.02--The Detroit Lions made a bold statement on Tuesday. Instead of practicing as scheduled, the team came together and refused to take to the field. They were focused on social injustice, specifically the police shooting of unarmed Jacob Blake in Kenosha, Wisconsin over the weekend.

It was a remarkable display of team unity. Players of all races and backgrounds united in the goal to show that they’ve had enough of black Americans being shot, abused, mistreated and dehumanized by police. Head coach Matt Patricia did more than just give his blessing. He too spoke out and fully supported what his players thought was more important than a practice session. The team management was in full support as well, allowing several players to address the media and voice their concerns. The Lions PR and official social media accounts widely disseminated the messages from the players, and did so proudly.

Quarterback Matthew Stafford, who recently donated $1.5 million to the University of Georgia’s new social justice initiative, was the first Lions player to speak to the media. Stafford offered a very blunt, succinct assessment: “Football was the last thing on our minds.”

This came one day after several NBA players spoke out, notably Chris Paul in the immediate aftermath of Game 4 of the Rockets-Thunder series. Athletes continue to flex their clout and influence to try and impact change on the social justice front. The shouts of “shut up and play football” only seem to be making their movement stronger, broader and more unified. For a whole organization of such diverse people like the Lions to band together, that’s a very powerful message.

$.03--There is actual football going on too. While there are no preseason games this year, camps have been full of action and preparation for the Week 1 kickoff in less than three weeks.

One team is approaching things a little differently than others. The New York Giants under rookie head coach Joe Judge are taking the path less traveled to the regular season. What makes Judge’s approach different?

How about the fact he wants his quarterback, Daniel Jones, to get smacked around. Really.

“I’m not in a hurry to just beat the hell out of him, but at some point we want to prepare his body for what it’ll take in the first game,” Judge said via Matt Lombardo of the Star-Ledger. Judge wants to take the red non-contact jersey off of Jones and let him get hit.

There’s some old-school fundamentalism to that approach that does make sense. But it’s also far too dangerous of a proposition. Jones is entering his second season and needs every rep he can get. Even a bruised shoulder that idles him for a day of practice is too costly to risk. When your backup options are Colt McCoy and Cooper Rush, you’ve got to keep Jones in bubble wrap.

It’s going to be fascinating to watch Judge in New York. He’s a Bill Belichick disciple but also fits firmly in line with the Tom Coughlin “hardass” mentality. Judge has made assistant coaches run laps for player mistakes, and you’d better believe the players run a lot, too. He stripped the names off the jerseys because “we know who they are,” he told incredulous reporters. It’s a throwback to the Bill Parcells era. That worked great in 1990. Trying it in 2020 is a very interesting experiment.

There are a few different layers to this Thomas onion that merit some peeling. Foremost is the fact that the Ravens players themselves fully supported the team axing Thomas, one of the most recognizable players at his position and an alleged team leader. Based on some of the reports out of Baltimore, the Ravens players practically begged GM Eric DeCosta and head coach John Harbaugh to get rid of their Earl Thomas problem.

This is a team coming off a 13-3 season and armed with legitimate Super Bowl title aspirations. They’re poised to win now, yet the players all felt they’re closer to that goal by not having Thomas, a worthy Pro Bowler in 2019, on the team. That’s an indication of how much of a problem he had become.

This wasn’t his first peccadillo in Baltimore. Thomas picked a fight with a defensive lineman last year, his first in Baltimore. He’s had some bizarre off-field behavior, too. The 30-year-old was in the middle of a $55M contract over four years, but that wasn’t enough to keep him around.

The stinky layer of the onion is when fans of other teams instantly clamor to sign players like Thomas. “Ooh, I know that name! Go get him!” is a very common sentiment. It leads me to one of my universal axioms: beware coveting what a good team doesn’t want. If the Ravens, one of the model NFL franchises for sustained success and winning culture, want nothing to do with a player, chances are it would only go much worse with other, less successful teams.

Take the Ravens’ AFC North rival, Cleveland, as an example. The Browns lost rookie safety Grant Delpit to a torn Achilles, a huge blow to the Browns defense. Would Thomas help them on the field? Absolutely. But at what cost? This is a team with a rookie head coach in Kevin Stefanski and a decided lack of veteran leadership on defense, especially in the secondary. No offense to my hometown Browns, but Cleveland hasn’t exactly established a winning culture or strong locker room that could absorb a volatile figure like Thomas. They’re still working the kinks out on the Baker Mayfield-Odell Beckham Jr. pairing on offense (and both are doing very well with it this summer, thank you very much).

With so many other viable safety options out there (Logan Ryan, Eric Reid, Tony Jefferson, even Jahleel Addae and Clayton Geathers), it would be an exercise in poor judgment for rookie Browns GM Andrew Berry to impose Thomas upon that roster. That would be true in other places, too.

I think the Ravens will be fine. All indications are that DeShon Elliott looks ready to roll in Thomas’ old role. Clark emerged nicely last season. They have a cohesive system and good cornerbacks that ease pressure off the safeties, too.

$.05--When I’m not watching or writing about football, you can typically find me involved in basketball in some form. The NBA bubble and return to the court has been a godsend for my hoops-mad family. And it gave us a special treat this week.

My son was chosen to be one of the virtual fans in the stands for the Rockets-Thunder game on Thursday. He’s a 15-year-old, die-hard Rockets fan and a frustrated baller whose own AAU summer season was wiped out due to COVID-19. It was a memorable treat for him and for the rest of us, too.

Once we finally got set up with the apps required, including an arduous approval process via Microsoft Teams that was legitimately longer than the paperwork I had to fill out for open heart surgery, he got set up in our living room for game time.

And there he was, behind the Rockets bench, third row near center court. He got a lot of screen time, too. There is a coordinator for each of the four fan sections and it’s a very active monitoring job by the coordinator. If anyone violates a rule--only one person per seat, no alcohol, no on-camera eating, no signage--they immediately get their camera blacked out and privileges lost. It happened to at least two fans in his section and they were quickly replaced by those in a virtual waiting room.

One of the things that stood out was how big the lag time was between what he was seeing on his laptop and what we were seeing on the TV broadcast feed. Most of the time it was between 20 and 30 seconds, though at one point in the third quarter it was close to a full minute. He complained about how long the official reviews took, just like we were at the Toyota Center in Houston.

He really enjoyed the experience. The players did indeed interact a bit with the fans, letting them know they could hear it and appreciate their enthusiasm. There was a little banter between the fans in the section, and that’s an area where I think the NBA might really be onto something here.

Imagine a virtual private suite of sorts. You’re in a video conference room with 15 of your closest friends all cheering for the same team. The players on the court (or field) can hear it and it shows on one of the screens on the side. This particular fan experience was free, but I can completely envision a team charging $10 per person to “attend.” And I’d be game for that expense, live streaming a game with some of my fraternity brothers. It works at the college level too. My family is all Ohio State fans but we’re spread all over the country. We could get together in a fan experience like that and all watch the Buckeyes roll Michigan yet again in the same virtual room, with me in Grand Rapids, my parents in Cleveland, my brother in Greenville SC, and my cousins in Florida and California. It’s better than a standard Zoom because of the interactive technology and the projection into the arena.

Being a part of the game, no matter how small, was a huge boost for my son and his mental state. Gyms are still closed here. He hasn’t dribbled a ball indoors since March and he hasn’t been able to see his AAU teammates and friends either. Football was ripped away a week ago just as the team gathered for its fourth practice. He desperately needed an outlet and the NBA provided a cool and innovative one. Oh yeah, his Rockets won Game 2 going away.