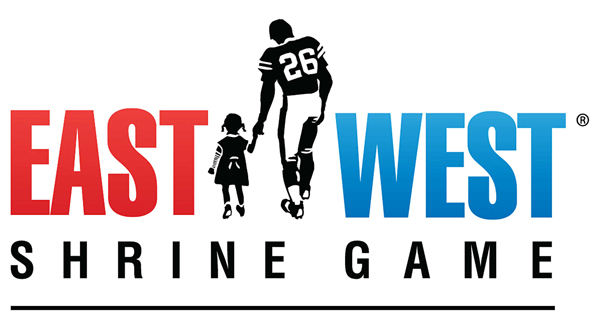 Physically speaking, there isn’t a lot in common between Justin Lawler and Joe Ostman. Even though they both play defensive end for the West roster here at the 93rd East-West Shrine Game, they’re not very much alike at all.

Lawler, from SMU, appears straight out of central casting for the position. A strapping 6-foot-4 and 264 pounds, he wears his weight comfortably across a rocked-up frame. Lawler fires out with his powerful arms and has excellent leg drive, a result of clearly never skipping leg day. His tight socks can barely contain his rippled calves.

Ostman, from Central Michigan, doesn’t come close in measurables. At a hair under 6’2”, 248 pounds and cursed with short, 32” arms and a small wingspan, he looks a tad out of place when standing next to Lawler, Missouri’s Marcell Frazier and Alec James from Wisconsin, the other West ends. He still looks athletic and can clearly rock the bench press, but Ostman isn’t quite the physically imposing figure most fans want when thinking of 4-3 defensive ends.

As he did for the Chippewas, Ostman wins with a blend of savvy, relentless effort and pragmatic use of his physical tools. He never wastes a single molecule of movement, and no player I’ve seen this year does a better job of setting up moves or quickly countering what the blocker is trying to do to him.

Despite their divergent builds and styles, both Lawler and Ostman have thrived during the Shrine Game practices this week. They have made life incredibly difficult for the West quarterbacks, who clearly don’t need any more obstacles. For the offensive tackles, it’s often been downright ugly.

Check out some of Ostman’s handiwork…

Whoa. @CMU_Football DE Joe Ostman (45) with the double swim move to get what would've been a sack. pic.twitter.com/pl6gMm1yZd

Joe Ostman, DE45 (left end) out of Central Michigan is a pass rusher to keep tabs on. Has been explosive all day, wins with spin and club here. pic.twitter.com/LGeyPXwOKd

#Mizzou DE Marcell Frazier 96 (opposite side) flies in for a sack, as #SMU DE Justin Lawler 99 converges from the near side. #ShrineGame pic.twitter.com/mM4bl2Y9kp

Lawler’s brute power and ability to rip away from blocks with powerful hands and shoulders continues to flummox opponents. Ostman’s quickness and exceptional timing of his movement, combined with his excellent speed in pursuit, are doing the same.

Look for a lot of disruption from both in Saturday’s game.